THE AUSTRALIAN BON JOVI SHOW, offers you the Ultimate Bon Jovi Experience with a High energy and truly passionate delivery of all of Bon Jovi’s powerhouse hits and obscure classics, this Show leaves even the diehard fans wanting more! with Anthems such as Living on a Prayer, Always, Bed Of Roses, You Give Love a Bad Name and Its My Life to name a few, there is enough material in the Bon Jovi repertoire to provide fans with a 3 hour concert.

This Show has featured on National TV shows such as The Channel 9 AFL Footy Show and Foxtel’s The Tribute Show which has showcased its true authenticity. This Show tours Nationally to SELL OUT audiences leaving Bon Jovi fans and Hard Rock music fans across the country truly satisfied.

It’s always the Hottest Party in town with The Australian Bon Jovi Show, guaranteed to “rock your socks off” 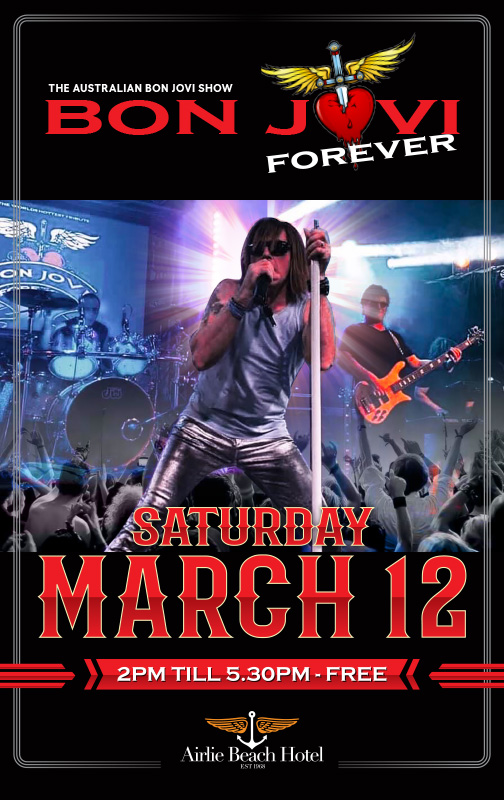