The sounds of Creedence Clearwater Revival and John Fogerty.

Come on a musical adventure through the sights and sounds of Creedence Clearwater Revival and John Fogerty. Creedence and Friends takes you to places no other Creedence tribute show has gone, covering the musical life of John Fogerty.

The Creedence and Friends show chronicles the music of John Fogerty’s Clearwater Revival Band, and the driving force behind a successful solo career. Fogerty’s catchy melodies, dance floor sound and simple, down-to-earth lyrics proved a popular formula with fans from a wide cross-section of tastes. Country music lovers, rhythm ’n’ blues fans and even rock ’n’ roll audiences turned in to his songs and discovered something they really liked.

Millions of people recognised him as a writer and performer of extraordinary talent. Now Australian fans can enjoy all the hits in one polished live performance delivered by professionals who genuinely admire and respect Fogerty’s work.Check out all the old favourites and a few more obscure tunes which may come as a pleasant musical surprise. Also enjoy songs from Fogerty’s own solo career right up to and including ‘Blue Moon Swamp. 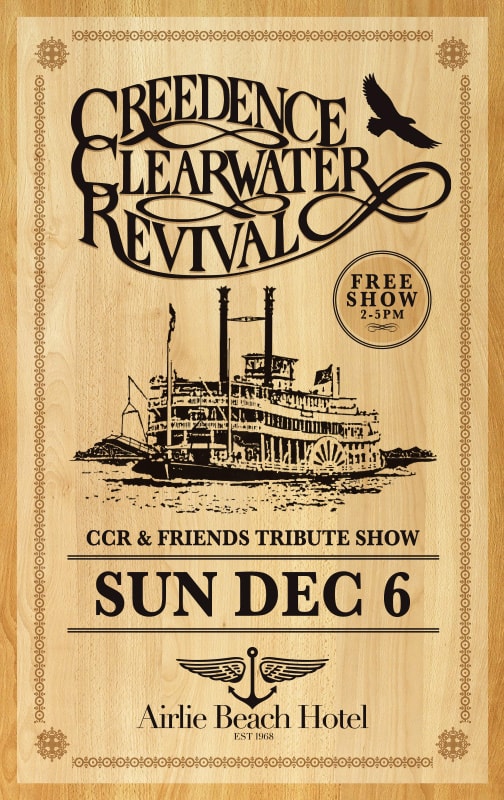