This show takes the audience on a journey through the life and work of Rock’n’Roll’s most treasured Hall of Fame inductee , John Lennon. In the year 1956 John Lennon started his musical career with a band he put together called “The Quarrymen” A few short years later following a name change , he would lead the world’s greatest ever Rock’n Roll band “The Beatles” and change the face of popular music forever .

In 1970 , following the break up of The Beatles, John Lennon embarked on a solo career and continued to write and perform some of the most powerful songs ever heard. His music, passion and art was celebrated by a whole generation, who all felt that they had been robbed by his tragic death in 1980.

Queensland Rock Icon, John Hayhoe aka Mouse has put together a musical tribute to the man who changed the world forever through his music.

John proudly says, “first and foremost, I’m a committed fan on John’s work, it was The Beatles and John Lennon that lead me to want to play music and perform from the start. I have put this show together as a respectful tribute to my childhood hero and I am sure that any John Lennon / Beatles fan or lover of great music will enjoy the wonderful memories . 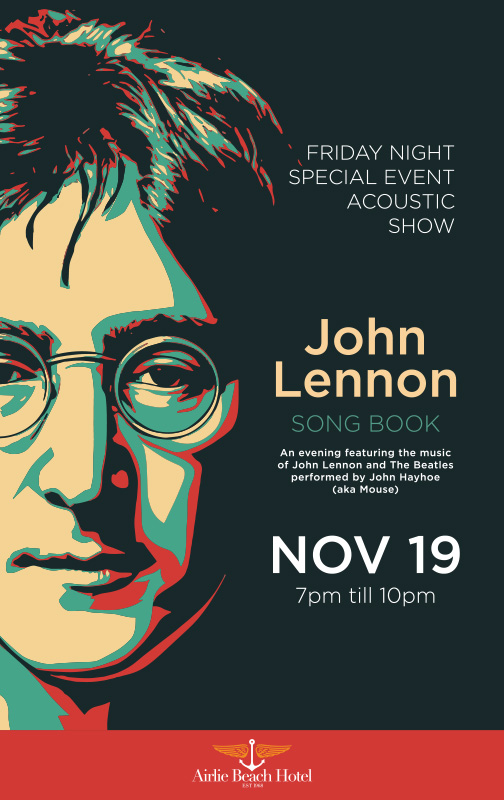