The Lost Legends Showcase is two hours of music, footage, interviews, stories, costumes and recollections of Australian rock history including commentary from Glenn A. Baker. Delivered by world-class musicians who performed alongside all the Aussie legends

This is a salute to iconic Aussie singing stars who are no longer with us.

The brothers will be joined on stage by Roger Faynes from Stevie Wright’s band, and Golden Guitar nominee, Vanessa Lea.The lineup, known to fans as the Dead Singer Band, will be offering locals an interactive experience with previously untold stories about their special friends and old bandmates, who were among the most loved and famous singers this nation ever had.

The members of the Dead Singer Band knew these stars personally, and, using video, interviews, costumes and personal recollections, deliver something different and special, providing fresh insights with tenderness and candour, whilst performing authentic renditions of hit after hit throughout the show.

This show is a very special treat for Airlie Beach and not to be missed. Part of ‘The Pub’s’ first birthday celebrations. 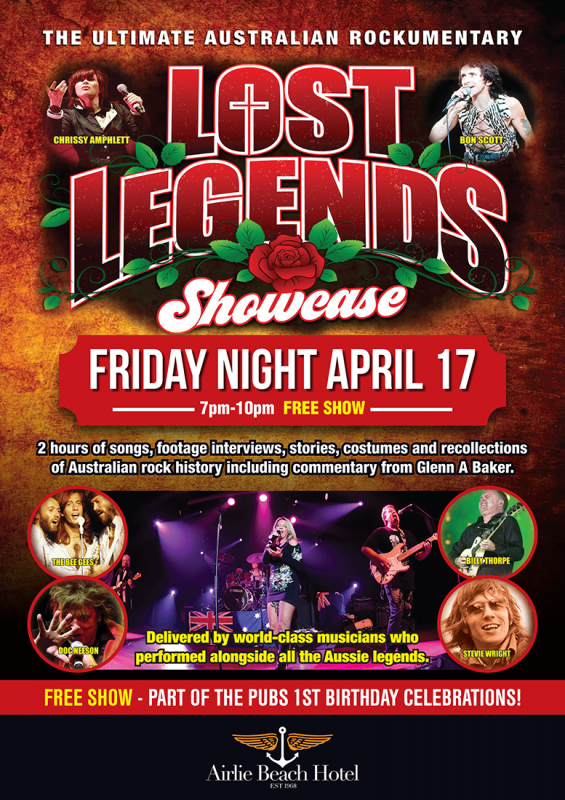