Andrew De Silva’s PURPLE REVOLUTION is a heartfelt dedication to the music of one of the greatest icons of the 21st Century… Prince.

The multi-platinum ARIA award winner from leading R&B group CDB, joins forces with Australia’s leading musicians to take the audience on a

funk-filled electrifying musical journey through the life of Prince. This show promises to bring you the songs, musicianship, the energy, and the individuality that is Prince.

To say that Andrew has done it all would be a real understatement!

From winning an ARIA for highest selling single –“Lets Groove” with his band CDB to being a well respected solo artist / producer and seasoned performer, opening for major acts such as Mariah Carey and Boys II Men.

For over a decade working behind the scenes Andrew has lent his vocals and experience to shows – Dancing with Stars, X Factor and the Masked Singer.

In 2012 Andrew was encouraged by family and friends to step into the Tv limelight again, and took out the winning title on Australia’s Got Talent! 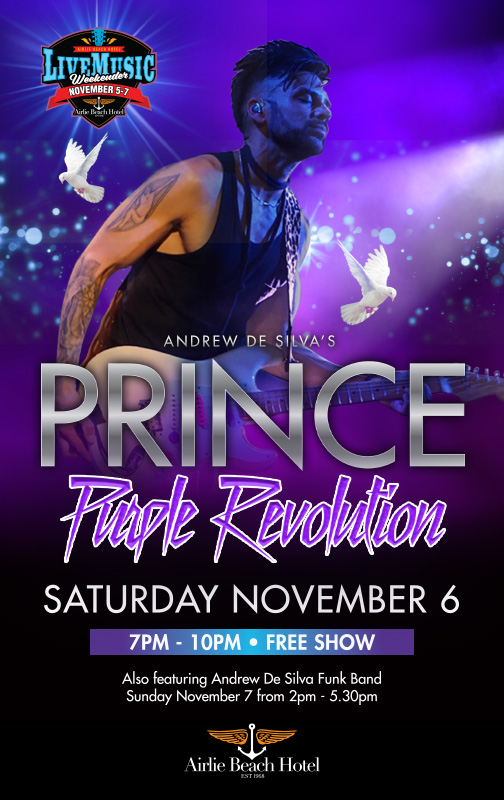