The Australian Pink Show is excited to announce their Ultimate Show “The Queens of Rock, Pop and Soul”, Pink, Lady Gaga and Aretha. Australia’s best and most spectacular “Ultimate” feature packed show over one massive weekend at Airlie Beach Hotel.

P!nk – With countless top 10 singles, sold out tours and record breaking attendances, without doubt, P!nk is the most popular and dazzling “Rock Goddess” of the international music scene.

Gaga – Having sold 27 million albums and 146 million singles, is among the best-selling musicians of all time. Known as the “Queen of Pop”, Gaga is sure to amaze!

Aretha – In her great existence, Aretha sold 75 Million records, that’s more than P!nk and Gaga combined! Aretha was a Powerhouse! A phenomenal singer that catered to all ages. Our Aretha has travelled the world as a performer, the best of the best and that’s what it takes to bring you the greatest R&B and Soul singer of all time.

This is a tribute to three of the most influential female artists of all time. The Queens of Pop, Rock and Soul– Australia’s best and most spectacular “Ultimate” tribute show! 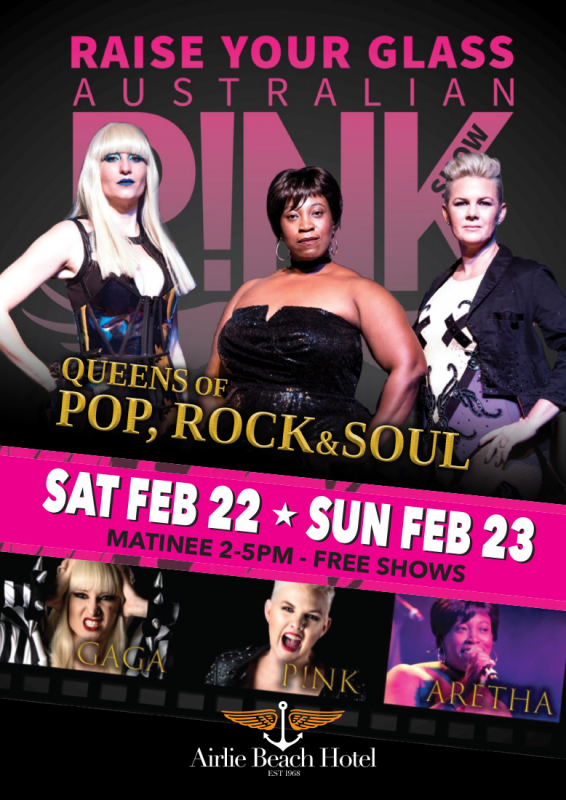 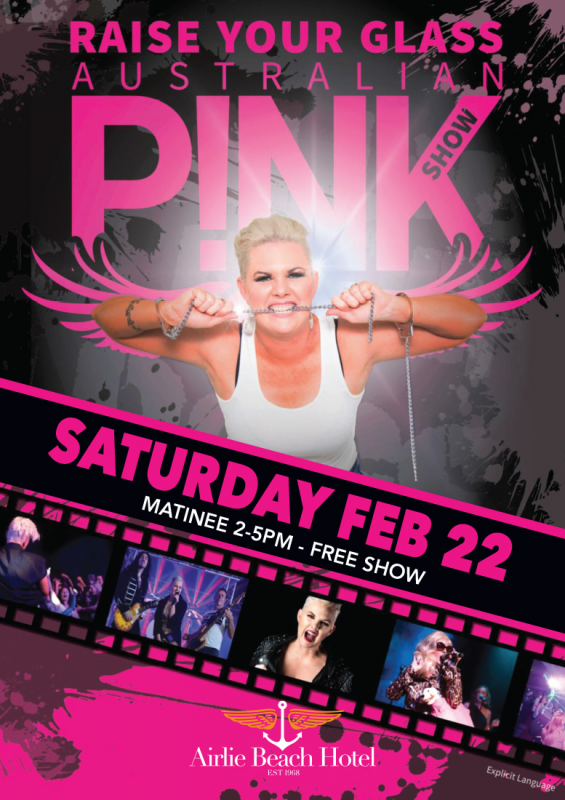 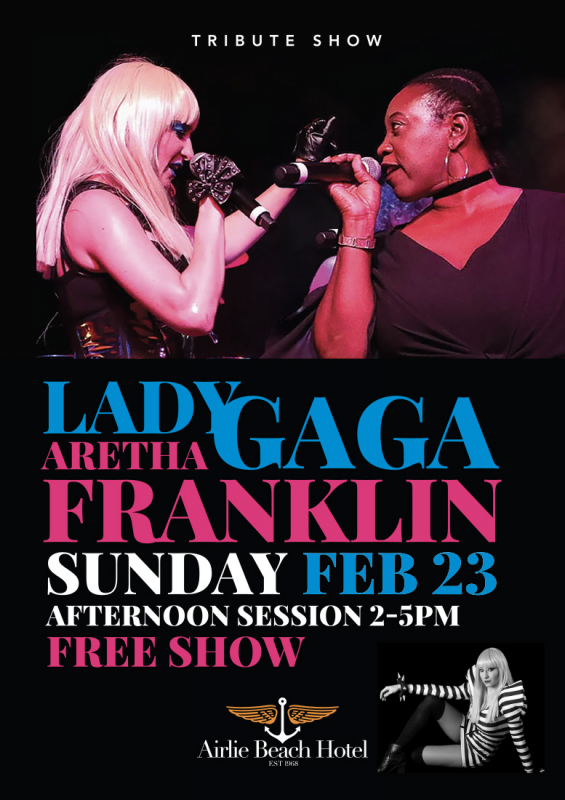