Late for Woodstock formed in May 1998 in Noosa Heads, Qld to bring back the authentic sounds of the 60’s & 70’s. They soon became one of the Sunny Coast’s favourite bands playing “the music we grew up with”.

As the years race by, the band continues to age somewhat gracefully. Recently, the four-piece rock group have fine-tuned a collection of Creedence Clearwater Revival and Jimi Hendrix classics for live performances.

The members of Late for Woodstock are students and fans of CCR and Hendrix (both appeared at the original Woodstock Festival) and have been playing many of their hits as part of the LFW repertoire for decades.

While the times are indeed a-changin’ the music of the 60’s & 70’s continues to part of our everyday lives. Late for Woodstock, playing with their notorious joy and enthusiasm, embrace the Creedence and Hendrix repertoires with open arms, giving it a level of grit and authenticity that reeks of the good ole days. 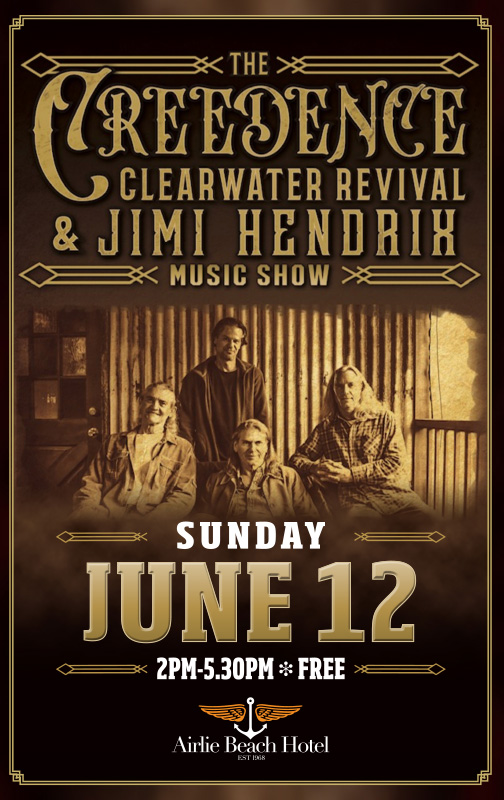