The UK Bee Geez have gone to great lengths to be certain that not only is the music very accurate, but that they look and act every inch like the Gibb brothers.

All the great songs, harmonies, the look, mannerisms and dry humour, all are faithfully re-created.

Formed in England in early 2000, the UK Bee Gees tribute show has wowed audiences all over the globe performing in countries such as the UK, India, South Africa, Canada, New Zealand, Australia and all over Europe.

They have also appeared alongside world-famous acts such as The Village People, The Supremes, The Temptations, Leo Sayer, John Paul Young & Marcia Hines to name a few.

Now based on the spectacular Gold Coast, the guys guarantee to take you on a trip down memory lane in this spectacular 2-hour family show performing all the classic Bee Gees hits over their four decades at the top of the pop charts from 1966 to 1999. 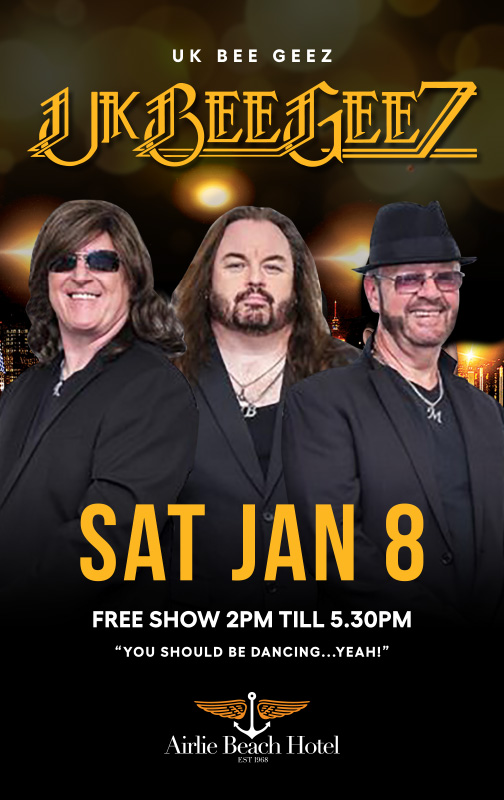