The ultimate New Year’s Event – You won’t want to miss!

Rock your way through the new year at “The Pub” with the “Queens of Pop, Rock & Soul” onstage 8pm till Midnight.

P!nk – With countless top 10 singles, sold out tours and record breaking attendances, without doubt, P!nk is the most popular and dazzling “Rock Goddess” of the international music scene.

Gaga – Having sold 27 million albums and 146 million singles, is among the best-selling musicians of all time. Known as the “Queen of Pop”, Gaga is sure to amaze!

Aretha – In her great existence, Aretha sold 75 Million records, that’s more than P!nk and Gaga combined! Aretha was a Powerhouse! A phenomenal singer that catered to all ages. Our Aretha has travelled the world as a performer, the best of the best and that’s what it takes to bring you the greatest R&B and Soul singer of all time.

This is a tribute to three of the most influential female artists of all time. The Queens of Pop, Rock and Soul– Australia’s best and most spectacular “Ultimate” tribute show!

This is a seated and ticketed event. $50 per seat. Secure your table booking now from Whitsunday Tickets 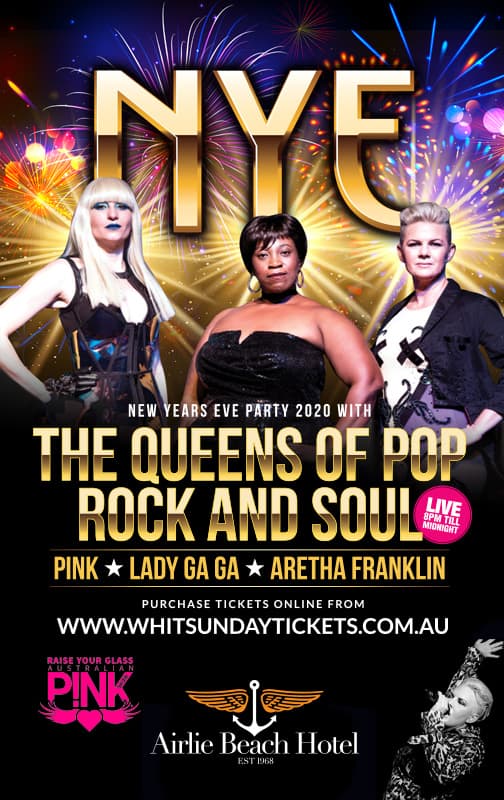