Sony signed artist Trent Bell is best know for his appearance on 2018’s The Voice.

He has toured with artist the likes of Boys to Men, Veronicas, Hillary Duff, Owl City and many more and was a member of the super group The Collective.

During the years 2007-2010 his band “The Merchant” opened for bands such as Grinspoon, Thirsty Merc, Taxiride and the vocal powerhouse Jimmy Barnes. In 2011 he auditioned for Xfactor Australia making it to Guy Sebastian’s top 6.

Catch Trent with his full band for one show only Sunday 8th August from 2pm till 5.30pm 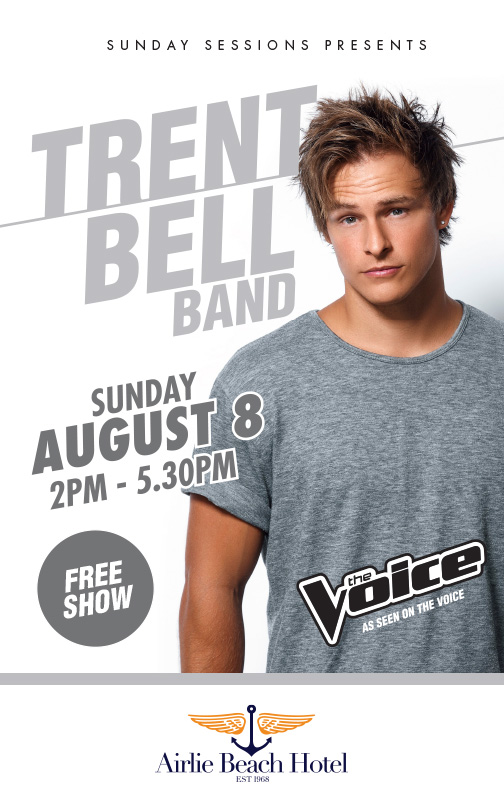