It’s time for a little bit of nostalgia. After weeks and weeks of posting hype videos of training, Mike Tyson is heading back inside a boxing ring for an exhibition match on PPV. The former undisputed heavyweight champion of the world, now 54, will take on former four-division champion Roy Jones Jr. on Nov. 28 from Staples Centre in Los Angeles. Jones Jr. himself turned 51 in January.

Tyson, of course, was one of the most feared heavyweights in history, dominating the division over the late 1980s, becoming the youngest heavyweight champion in history with brutal punching power that carried him to a 37-0 record before he fell victim to one of the greatest sports upsets in history when he was knocked out by James “Buster” Douglas in Tokyo in July 1990.

Tyson remained a star despite years spent in prison after being convicted of rape. Tyson would go on to infamous lows such as twice biting Evander Holyfield in their June 1997 rematch and quitting against Kevin McBride during his final pro bout. He has, in recent years, rehabilitated his image as a kinder, gentler version of himself, appearing in films, hosting a podcast and becoming an outspoken advocate for marijuana.

Jones was named the best boxer of the 1990s by Ring Magazine. At his best, Jones displayed a dazzling combination of speed, power and defence, while being able to showboat in fantastic and improbable ways. Jones won world championships at middleweight, super middleweight, light heavyweight, and eventually heavyweight in a historic accomplishment. After a near-flawless first 50 fights of his career — his lone loss a controversial disqualification against Montell Griffin that was avenged in less than one round in the rematch — Jones career slowly began to unravel as his style was too dependent on reflexes that diminished over time.

Catch all the action live and loud at The Pub pool deck Sunday November 29 from 12 noon. 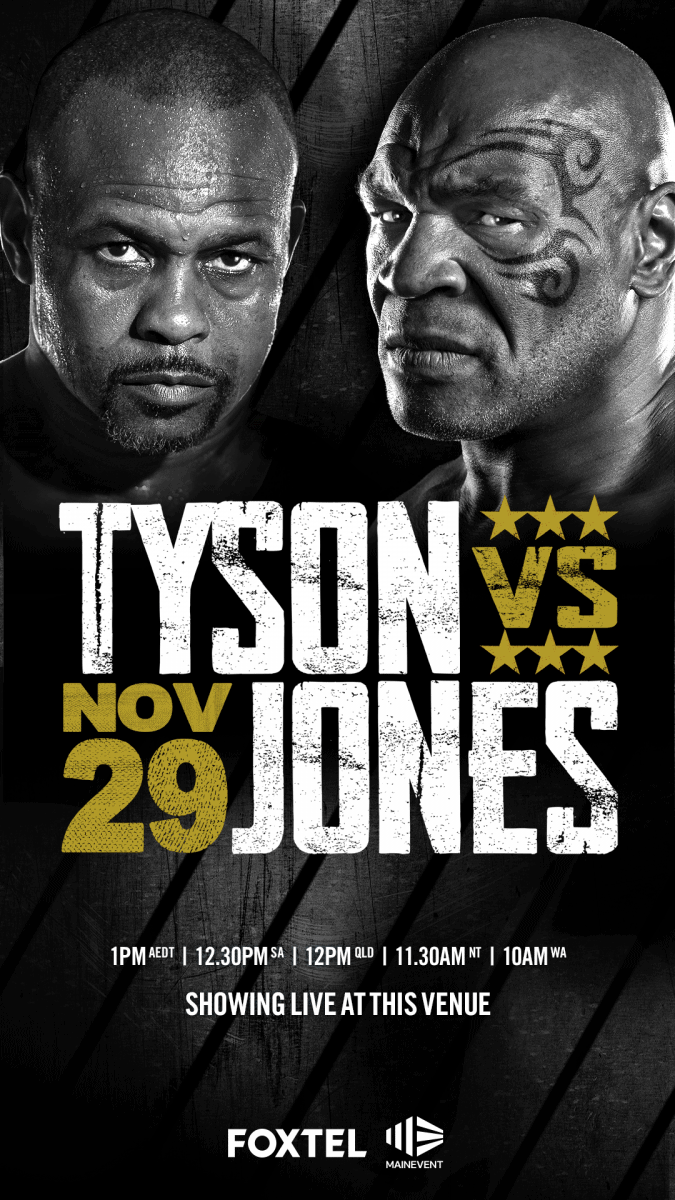