UFC announced it will be kicking off 2020 with a fight between former lightweight and featherweight champion Conor McGregor, and fan favourite Donald “Cowboy” Cerrone.

McGregor will fight inside the octagon for the second time in nearly 38 months, and the first time since he was choked out by Khabib Nurmagomedov in October 2018.

Cerrone will continue to add to his record. He fought four times in 2019 (2-2) and holds the UFC career record for wins (23) and most finishes (16) in company history.

This is a fight not to be missed and we will be airing here at ‘THE PUB’ on the pool deck from 1pm! 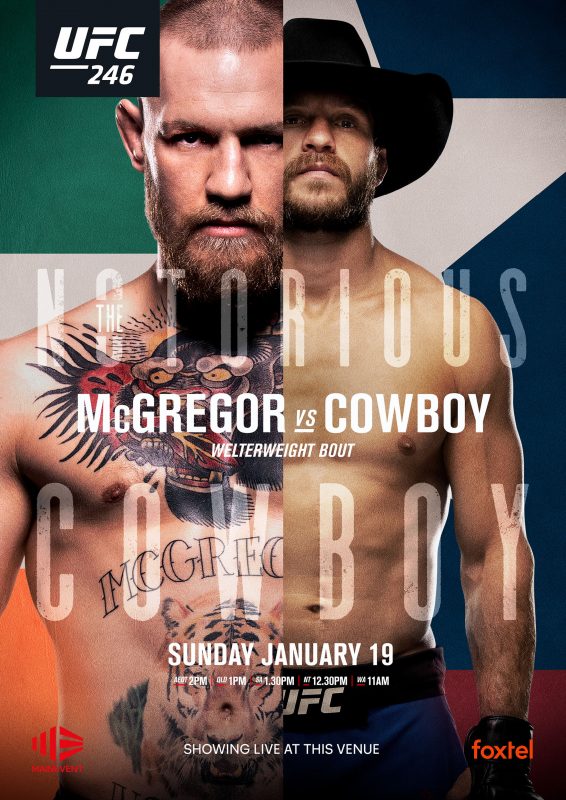