Whole Lotta Rosie: was put together with the idea to create an AC/DC show with the best players available, to authenticate the closest possible sound of AC/DC!

​Each member has had AC/DC as one of their most influential bands growing up.

The love of their music shows in the bands performance with each member knowing their parts to a tee.

Cynthia Gallie. The only voice in Australia that can do justice to both Bon Scott and Brian Johnson!

With a band behind her that is musically the closest thing to the original, this band rocks!

The band since it’s inception has started to gain the trust and respect of true AC/DC fans…. many now travelling up to 2 hours to see the band.

Band Quote: “We don’t pretend to be the real band, we don’t make our guitarist wear the school uniform, we just want the music and performance to be 100 percent AC/DC Rock and Roll!” 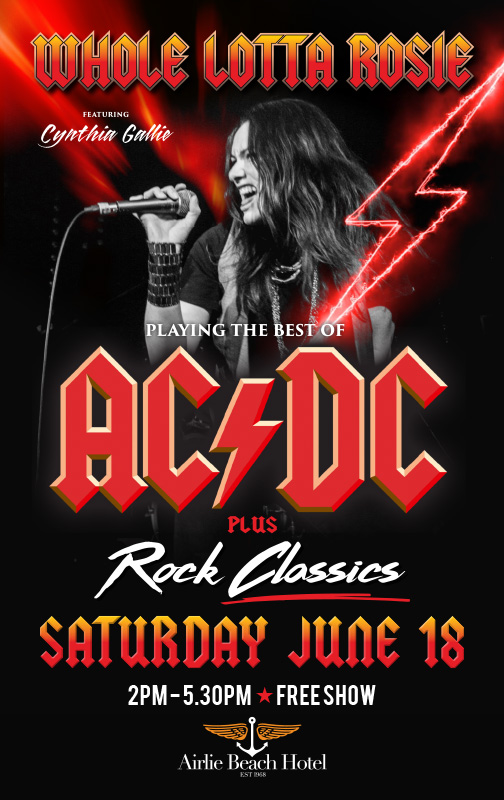