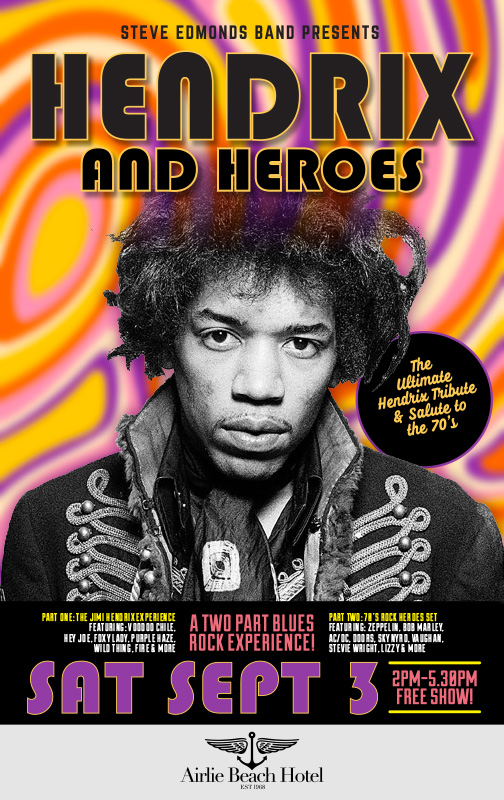 The Steve Edmonds Band Jimi Hendrix Tribute Show is a two-part blues rock experience where Steve and band will take you on a tour de force through Jimi Hendrix’s most popular tunes. Then in SET 2 will leave you breathless on the dance floor as they hammer through some of the BIGGEST GUITAR ANTHEMS of the biggest bands of the 70’s ROCK Genre!

Part two is a dedication to the classic rock songs of the 70’s including songs by Led Zeppelin, Deep Purple, The Doors, Thin Lizzy, Cream, ZZ Top and many more.

Overall, the Steve Edmonds Band Jimi Hendrix Tribute Show is a must for fans of great CLASSIC 70’s style guitar driven rock and Jimi Hendrix devotees. A fun day out for real rock and rollers!