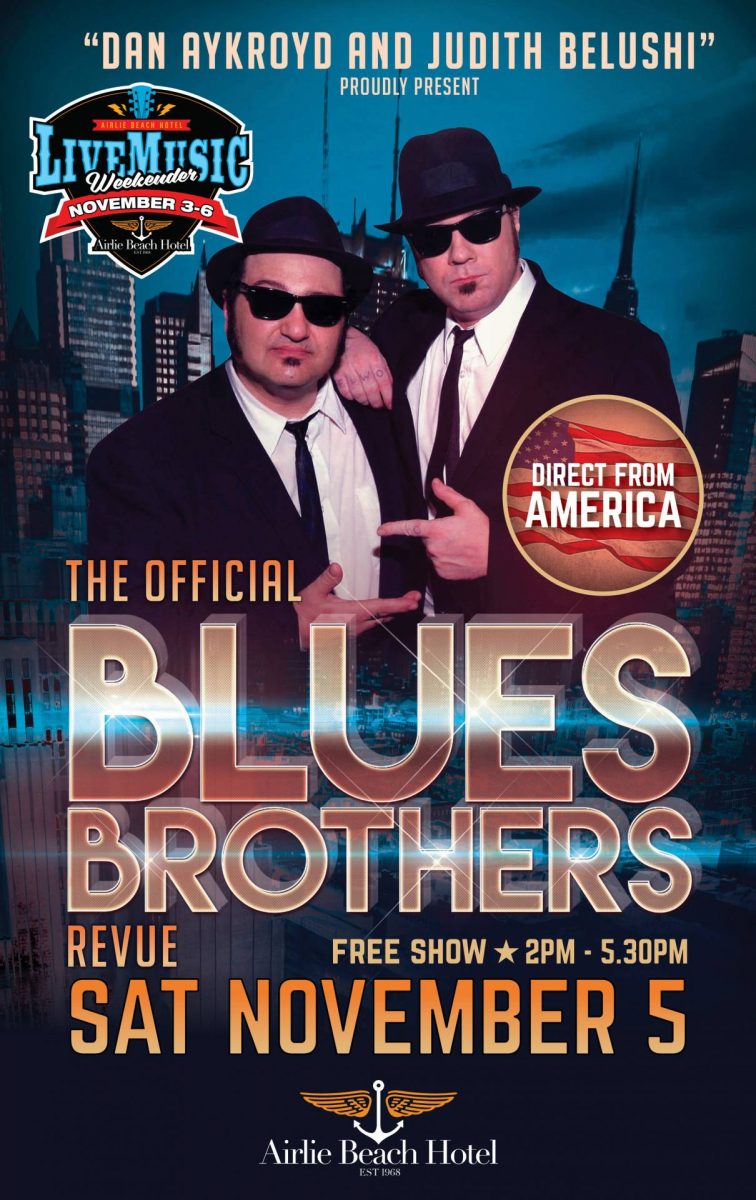 Wayne Catania and Kieron Lafferty, aka Jake and Elwood, are on a mission to deliver the most dynamic and authentic Blues Brothers show ever to hit our shores.

Since 2005, Judith, Dan and the John Belushi Estate, have officially sanctioned Kieron and Wayne’s own show. The Official Blues Brothers Revue combines the comedy, music and mayhem from the original movie, as well as songs from the five popular albums put out by John Belushi and Dan Aykroyd. It is a faithful recreation of the characters, Jake and Elwood, and a spectacular tribute to Chicago’s rich history of blues, R&B and traditional soul music, played with the same soul and conviction of the original Blues Brothers Band.

This is a FREE SHOW as part of the Airlie Beach Music Weekender Saturday November 5.